Upon arrival, we were introduced to Matt Wickey, the founder of Kaigani Canoe Voyaging society, a company bringing traditional canoe sailing methods to the Salish Sea. We also met his team (Rob, Dani, and Jen), and the canoes we would be traveling in, Hoku’ula and Kaigani.

Matt is the leader and founder of Kaigani Canoe Voyaging. He’s a wildlife biologist who’s spent a large portion of his life in Hawaii and has recently moved to the San Juans. His time in Hawaii immersing himself in Hawaiian culture is his inspiration for bringing traditional Hawaiian canoes to the islands here. He’s a strong believer in sharing indigenous cultures with people from all over, which he hopes to convey through these experiences.

Soon we were able to get in the canoes and on the water. Colette, pictured below, was chosen to ride on Hoku’ula’s trampoline! We learned to row in sync and listened to Matt’s Hawaiian chant to bless our trip.

Rowing across the San Juan Channel was just as exciting as it was challenging. We were all happy to see land by the time we hauled our canoes up onto the rocky beaches of Turn Island. Once we set up our tents for the evening we were given a few hours to explore the island.

After a long day of paddling and hanging out in the sun, we were pretty hungry, so we set up our camp stove and started to chop up zucchinis, sweet potatoes, onions, tomatoes, and chicken to make a really delicious chicken and veggie marsala.

While some of us prepared food for the stove, others of us searched for oysters. We carefully and successfully shucked over eighteen fresh oysters from the rocks around our camp. Some were enjoyed raw directly after being opened while others were cooked in the leftover marsala pan. Those of us who wished to feast on the shellfish!

Sunsets and Sleeping outside

Once we were bundled up in pajamas and full of warm, sweet apple crisp, we watched the sky turn pink and orange. 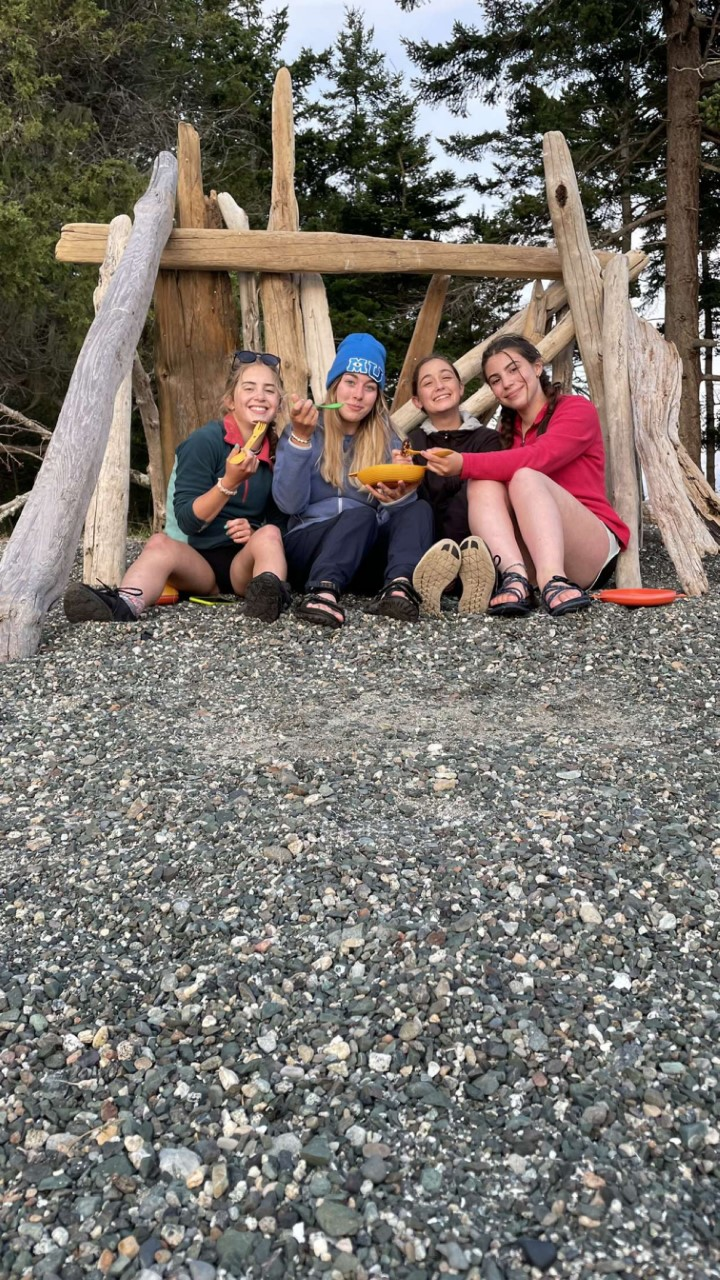 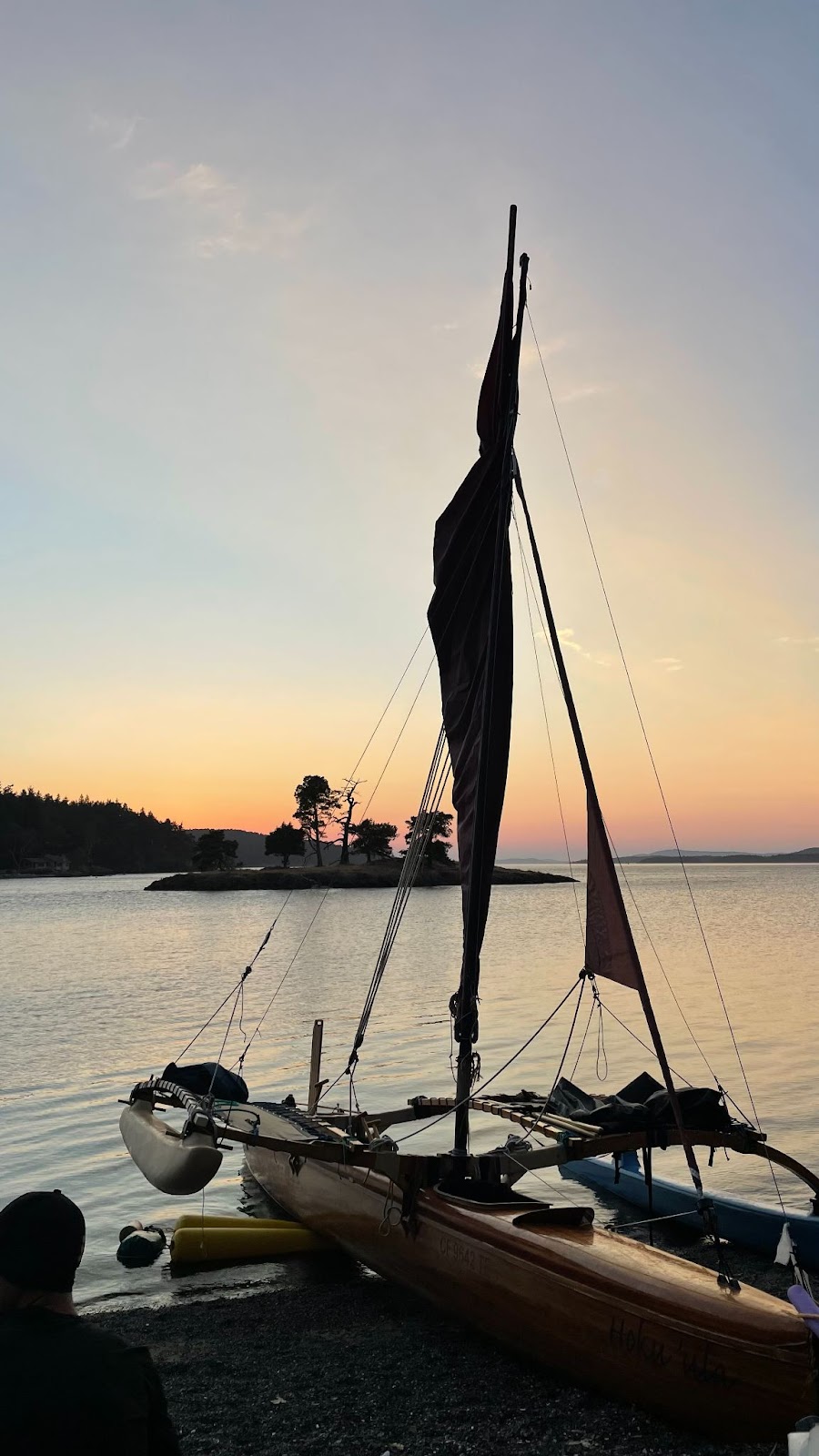 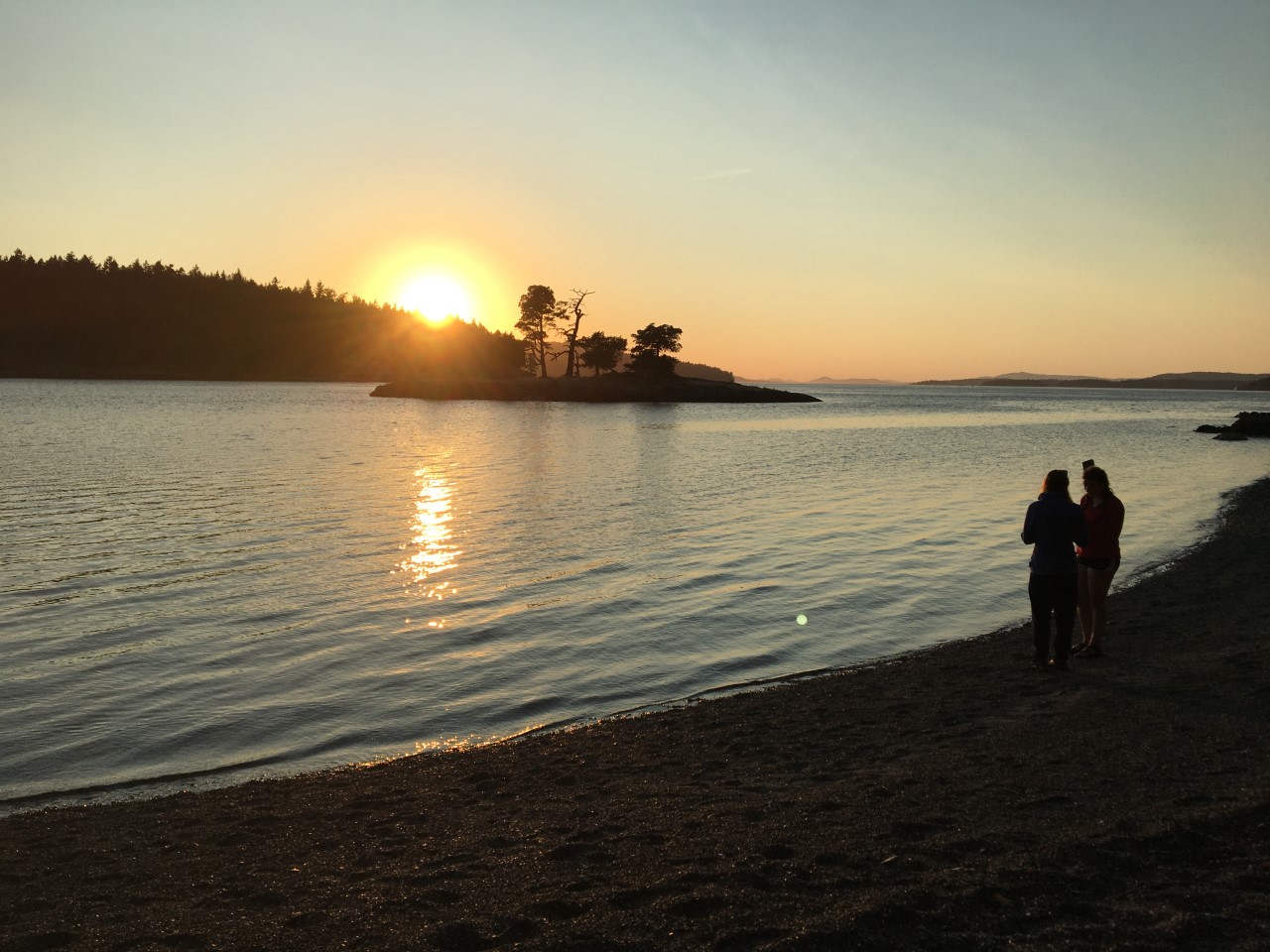 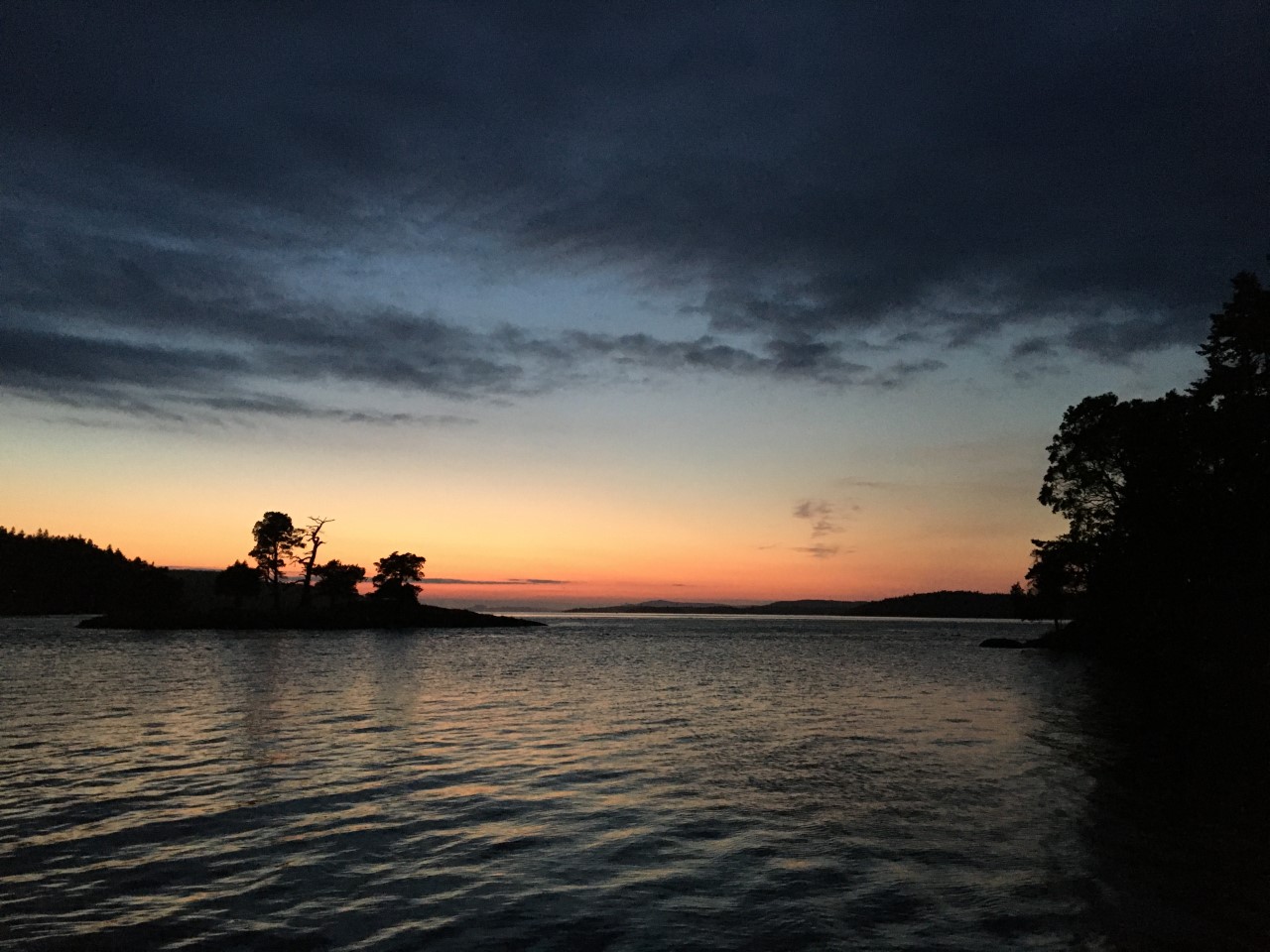 Headlamps lit and bellies full we went hiking a bit after dinner to go find a rock to climb. The night involved a lot of scaring each other, tripping over roots, and carrying sticks to fend off any raccoons we may have come across. After we made it back to the campsite we settled down either in our tents or on the beach to sleep.

Waking up on the beach that morning was oh, so special. The sound of the water lapping against the rocky pebbled beach was soothing as each of us woke up to the sounds of nature—something not often experienced by those of us who live in the city.

Suddenly, to the north, we spotted orcas. There were two: probably the mother and calf transient whales that have been spotted recently in the area. We watched for about a half-hour as the pair surfaced and resurfaced not far off the coast between San Juan and Shaw Island. Sometime before they disappeared, going south and out of sight, the two whales appeared to be playing as they splashed around their flukes. Nobody will forget that truly incredible moment on this adventure.

After a quick lunch, Matt and Dani explained to us the wonders of medicinal plants. A few of us really took to this idea and started planning out imaginary gardens in our heads. We learned that with a familiarity with the land, you can easily and safely take care of most ailments.

By this point in the afternoon, we were feeling the effects of the sun. Thankfully Matt and his team had brought all of the ingredients necessary to make organic, chemical-free sunscreen right on the beach. We melted beeswax, zinc oxide, cocoa butter, and comfrey essences together to protect us.

After we were thoroughly covered in sunscreen, we boarded our canoes and got ready for the paddle back to Friday Harbor. When we got back to San Juan Island some of us swam with the canoes!

We were told before we left that we weren’t allowed to tell the other group anything about what we had done because each trip is unique. They might not see things that we did, so we kept silent and talked about the few things we could, which wasn’t much.

We told the other group a few things about what we had done. They told us about what they had found and their day and a half without us. They told us about how they had gone on a scavenger hunt and how they went to the whale museum which we got to experience today. Unfortunately, we did not get to see the wild Salish Sea Platypuses the other group ran into while we were gone!

We are looking forward to another night of bonding and brownies!